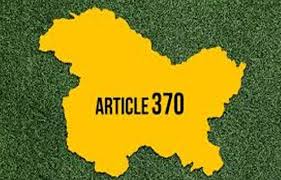 India gained independence from British rule in the year 1947. However, certain places within India were still under the control of different rulers. The iron man of India, Sardar Vallabhbhai Patel commenced with his efforts to include such areas in the country or under one government. One of the states that were not a part of India as Jammu and Kashmir. Moreover, Sardar Vallabhbhai Patel didn’t have any interest to include Jammu and Kashmir to India because of the majority of Muslims. However, it was Jawaharlal Nehru and Mahatma Gandhi who was in favour of including Jammu and Kashmir in India, since, Jawaharlal Nehru was a Kashmiri pandit and if Jammu and Kashmir became a part of India then that would defy Jinnah’s two-nation theory. Maharaja Hari Singh of Kashmir was insecure that Jawaharlal Nehru would pass his position to his close friend Sheikh Abdullah if Kashmir became a part of India. On the other hand, he didn’t want to be a part of Pakistan because he was a Hindu. And thus, this was the foundation of keeping Kashmir as an independent. After that, an instrument of accession was signed between India and Kashmir to join Kashmir as a part of India. Under the instrument of accession, there was a provision that special status must be provided to Jammu and Kashmir in the future to which the Indian government agreed and that marked the birth of article 370. In the instrument of accession, there was another provision that Jammu and Kashmir would have their separate constitution to which India agreed. Until 1965, the citizens of Jammu and Kashmir used to elect a prime minister rather than a chief minister. In 1949, article 370 that provided special and temporary status to Jammu and Kashmir was included in the constitution of India. And article 35A of the Indian constitution was added into the Indian constitution by presidential order in the year 1954.