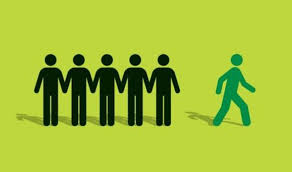 Anti-defection law in India is the tenth schedule of the Indian Constitution that was enacted in the year 1985. The tenth schedule of the Indian constitution describes the process by which a legislator or various legislators may be disqualified on the grounds of defection. The tenth schedule of the Indian constitution prescribes the two conditions by which a member can be held as guilty for defection. First, if the member voluntarily gives up the membership of the party of which he/she is a part. Or, if the member wilfully votes against the directives of the party. A member is guilty of defection even if the member wilfully abstains from voting in the favour of directives of the party. The supreme court held that inference could be drawn by the conduct of a member to conclude that he/she has voluntarily given up the membership.[1]

Anti-defection law seeks to remove corruption from the political system of India by imposing stringent punishments against the legislator who is found guilty of defection, this would contribute as a step towards creating a corruption-free environment in the field of politics in India. It also seeks to bring more stability in the government such that a member does not “casually” or for “benefit” leave a political party, such a set-up increases the loyalty of the members of the party. Anti-defection law of India applies to all the elected members of the parliament as well as the elected members of the legislative assembly, in other words, if a political figure defect from one political party to another then that would not amount to defection, since the political figure is neither an elected member of the parliament nor an elected member of the legislative assembly.

The politics of defection started in the late 1960s which is also the emergence of the era of coalition governments in India. For many years, the congress party was considered as a party that had no parallels, or a party with which one could not compare any other political party. But in the late 1960s even the strongest political party of India who had never seen a phase of seeking support to form the government had to rely upon coalition government. In 1967, out of 16 states in India, Congress party failed to form government in 7 states while the Congress failed to attain a majority in 8 states which marked the beginning of the coalition era. The beginning of the coalition era also marked the beginning of political defection in India. Within a span of just 4 years, i.e. from 1967-1971 the Indian politics witnessed over 140 defections by the members of parliament, close to 2,000 members of various legislative assemblies defected from one party to another, Indian politics also witnessed the collapse of over 30 governments, and over 200 defectors were handed over the ministerial position which is a blessing for the defector since a defector by the virtue must be punished but the defector, in turn, is rewarded a ministerial position.

The elections in Haryana in the year 1967 deserves the credit of the famous phrase in Indian politics, “AAYA RA, GAYA RAM”, since it was in the Haryana elections of 1967 that this phrase was first propagated. The expression is used in Indian politics for someone who often changes his/her political party. Haryana became the first state to become the bait of defection as the Congress defected into creating a new party known as the Haryana congress and thus forming an alliance.

Such defections became a routine in the Indian politics that was carried out on a large scale to attain a majority and form government in various states while resulting in the collapse of the current government in that state. Keeping this in view, Rajiv Gandhi led Congress in the year 1985 came up with the anti-defection law which is part of the tenth schedule of the Indian constitution. The anti-defection law empowers the speaker of the assembly to disqualify the legislator on the grounds of defection when a petition is filed for the same. Initially, the anti-defection law provided that the legislators could change their respective parties defecting to other parties provided that at least one-third of the legislators are in favor of such a merger. However, the rule of one-third legislator was widely misused by the legislators in various states such as Goa, Manipur, etc. Subsequently in 2003 by the virtue of 91st constitutional amendment by the Atal Bihari Vajpayee led government the rule of one-third majority was changed and the number was increased to the two-third majority, such rule is in itself a blessing in disguise since now the law says if one feels the need of defecting then such defection must be on a large scale! Even after forming a stringent anti-defection law, India is still not all free from defection, recently, various MLAs elected in the Karnataka assembly defected from the congress party and Janta Dal (S) to the Bhartiya Janta Party. Also, nearly 20 MLAs in Madhya Pradesh assembly defected from the congress party to the Bhartiya Janta Party.

The two grounds on which a member can be held for defection are:-

As mentioned in paragraph six of the tenth schedule of the Indian constitution that the decision of the speaker or the chairperson of the assembly regarding the defection by the member of a political party is the final decision. Further, paragraph seven stipulates that no court has jurisdiction regarding any matter that is in connection to the disqualification of a member of the house.

Another recent incident happened in the state of Karnataka in the year 2019 where congress along with JD(S) in a coalition government had formed the government. The total number of seats in the assembly of Karnataka is 224 and therefore the majority mark is of 113 seats. Congress and JD(S) had secured 116 seats forming a majority in Karnataka while the Bhartiya Janta Party had secured 106 seats(1 independent MLA). However, the Bhartiya Janta Party was the single largest party due to which initially the governor of Karnataka had asked them to form the government but they failed to pass the floor test. The Congress party and the JD(S) to prevent any defection had placed their candidates in a hotel room so that they are not in contact with any worker of other political parties. But after some time 13 MLAs and 3 MLAs of the Congress party and the JD(S) respectively resigned from their posts and submitted the same to the governor due to which their coalition was left with only 100 MLAs. Due to the resignation, the strength of the assembly reduced from 224 to 208 and the majority mark declined from 113 to 105, therefore the congress and JD(S) led government fell and the Bhartiya Janta Party formed government in the state of Karnataka.

The founding stone of widespread defection in India happened in the late 1960s when the congress government became instable due to which they couldn’t form government in various states. The credit of the expression “AAYA RAM, GAYA RAM” dates back to 1967 when a legislator Gaya Lal defected thrice in a fortnight. These widespread defections caused a lot of instability and led to growing corruption in the political system due to which a need arose of an anti-defection law which was then introduced in the year 1985. However various discrepancies were faced by the “split” provision of the law due to which the provision was scrapped and a new provision of “merger” was added in the constitution. However, the new provision would cause greater discrepancy as the number of members required from exemption from defection has been increased from one-third to two-thirds. The anti-defection law also suppresses the fundamental right of freedom of speech and expression of the members of parliament or the legislative assemblies by holding them guilty of defection if they vote against the directives of the political party. The anti-defection law fails to protect governments in states where the two-third party members are a handful in nature due to which defection can be carried out widely in those legislative assemblies. Anti-defection law requires some serious changes as the members resign from various governments due to which the government becomes weak and thus there inability is expressed of not being able to cross the majority mark. The anti-defection law has merely bought widespread instabilities in the government and a sense of fear in the government that is evident by the Karnataka incident where the MLAs were placed in a hotel room such that they didn’t have any contact with any worker of any political party, the strengthening of the anti-defection law is alarming or else the day is not far when another expression like “AAYA SHYAM, GAYA SHYAM”  would become famous.