HOW 123 YEARS OLD LEGISLATION COMBAT THE BATTLE AGAINST COVID-19?- BY BALJEET SANDHU 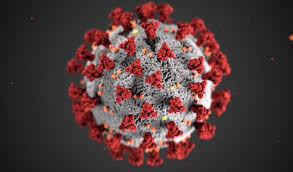 The outbreak of the contagious virus ‘COVID-19’ from the streets of Wuhan, China required the expeditious measures of the governments across the world to control its spread. India, being one of the largely populated countries of the world has faced a challenge to control the outbreak of this contagious virus in a vast population of 1.32 billion. From the last few months, the Union and state governments are relying on two legislations mainly: Epidemic Disease Act, 1897, and the Disaster Management Act, 2005 to mitigate the impact of Covid-19 in India. To control the outbreak of the contagious virus, a decision regarding the invocation of the ‘Epidemic Disease Act 1897’ has been taken in a meeting held by Cabinet Secretary ‘Rajiv Gauba’ in the month of March 2020.[1] Preeti Sudan, Health Secretary of India has given authority to all states and union territories via a letter dated 13th March 2020 to take required measures to ensure the cooperation of undisciplined individuals by invoking the Epidemic Disease Act 1897.

Epidemic Disease Act 1897 is two-page legislation comprising four sections in which special powers have been given to the Central or State governments to make provisional laws as per prevailing situation to control the outbreak of an epidemic in any state or part of the state, the penalty for the person disobeying the provisional laws and provides protection to the persons acting in good faith under this act. The reason behind invoking this legislation during COVID-19 is to provide special authority to appropriate governments to make provisional laws as they think fit according to the prevailing situation in a state or any part of a state and to enforce the laws made by the central government during the outbreak of the contagious spread to control the spread.  Because of this, many states such as Karnataka, Maharashtra, Haryana, Goa, Kerala, and Delhi are currently relying on the outdated Epidemic Disease Act 1897 to flatten a curve of infection of COVID-19.

The origin of the Epidemic Disease Act 1897 can be traced back to the British-era when the Bubonic Plague gradually started spreading from the month of September 1896 to various parts of Bombay and the laws prevailing in the sub-continent were insufficient to control the outbreak of the dangerous disease. In the first month of 1897 when this dangerous disease was acknowledged, Queen Victoria delivered the speech directing the officials to take strict measures in order to eradicate its spread. Thus, after a week Epidemic Disease Bill was introduced by John Woodburn in the Council of Governor-General of India highlighting that the powers given in the bill were extraordinary but essential to control the outbreak of bubonic plague which includes restrictions on the movement of people, restrictions on trade, detention of infected people and inspection of suspected infect.[2]

Epidemic Disease Act 1897 has various shortcomings such as it doesn’t define the ‘epidemic diseases’ or ‘dangerous diseases’ which are to be covered within the ambit of this act, enormous powers have been given to union and state government without any restrictions, it doesn’t provide the guidelines to be followed by the union and states government while making provisional laws, penalty specified in section 4 of this act needs to be amended to increase the protection of the people acting in good faith under this act, it lacks in providing guidelines regarding the isolation or detention of people infected with such dangerous disease as well as fails to provide special measures to be observed by the people during the outbreak of an epidemic.[3] Being 123 years old, this legislation has failed to acknowledge the natural rights of individuals during the outbreak of an epidemic which were evolved by the time such as Right to Life, Right to Privacy, Right to Medical Aid, and Health.

Due to the shortcomings of this act, many hardships were faced by a common man during the outbreak of COVID-19 such as medical team were attacked by some people with stones which infringes their right to life when they visited a locality of Tat Patti Bakhal Indore for testing the suspected infects which came in contact with a person infected with COVID-19 as this act doesn’t provide strict punishments for the offenders of any rule or law made under this act[4], the list of people infected or suspected to be infected with coronavirus published in social sites without their consent which infringes their right to privacy as enormous power is given to state government under section 2 of Epidemic Disease Act 1897 due to which they were discriminated by the society and many employees working in airlines due to publishing the travel history of employees to infected areas with COVID-19 on social sites they were boycotted by other people due to fear of infection[5]. Some people due to the fear from being discriminated by the society don’t come forward for testing and it is witnessed due to lack of isolation wards with proper facilities many hardships are faced by common people to get proper treatment and many people die due to lack of proper arrangement which infringes their right to medical aid.

An initiative to repeal outdated legislation

An initiative to repeal this act has been taken by the Union Ministry of Health and Family by introducing the Public Health (Prevention, Control, and Management of epidemics, bio-terrorism, and disasters) Bill 2017. This bill has been formulated to overcome the shortcomings of more than century-old British-era legislation with the aim of improving the efficiency of the union and states government to control the spread of the epidemic by providing a clear list of epidemics and bioterrorism to be covered under this bill, various measures to tackle epidemics as well as bioterrorism such as elaborated measures related to social distancing, quarantining people, decontamination of areas, punishment for violation of any rule made under Bill has been extended to the imprisonment of two years with a fine which may be extended to Rs 1,00,000 and various other measures to control the spread of epidemic as well as bioterrorism.[6] But unfortunately, due to harsh provisions and conflicting opinions of the governments this bill has failed to repeal the Epidemic Disease Act 1897.
Conclusion
Though the India’s response to control the spread of COVID-19 is appreciable but it has been witnessed in last few months that pre-colonial era legislation ‘Epidemic Disease Act 1897’ lacks in controlling the spread of COVID-19 efficiently as well as to safeguard the inherent natural rights of human beings during epidemic due to its shortcomings. It is the shortest legislation with only four sections in which enormous powers have been given to the union and states government to take measures as they deem fit to control the outbreak of an epidemic in any part of the country or state.