A Comprehensive Analysis of India’s Personal Data Protection Bill with a specific focus on Government Surveillance, Legal Safeguards and Recommendations to improve the Bill protect rights of the Data Principal – By Donovan Nazareth 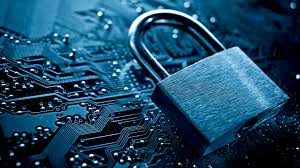 Today a broad umbrella of technologies fall under AI or Artificial Intelligence and India’s current data protection laws are terribly outdated and do not offer adequate protection from the looming threat. AI includes the use of companies and governments to leverage the personal data of individuals and use elaborate modelling techniques to derive certain insights or results that are then used by a host of entities namely Insurance companies, Banks, governments and even Healthcare providers. Algorithmic systems are routinely deployed to determine who might be an ideal candidate for a job and what person may exhibit undesirable qualities. These companies use ‘Big Data’ to make certain assumptions about future behavioural patterns and this information is sold to companies who can target their marketing campaigns to get better results or banks or allow healthcare providers to determine what an insurance premium should look like etc. There have been a host of alternative credit scoring companies who leverage this data from social media to movement tracking and with the emergence of AI technologies like Deep Learning, they can make certain derivations from that data to judge the creditworthiness of a loan applicant. The algorithm automatically processes the data and assigns a rank to a candidate based on a weighted score across several parameters and this determines their access to a loan. Furthermore, there is insurmountable evidence to show that these technologies are being employed for certain nefarious designs of the government with regards to surveillance notably in China and this technology has also been used to identify protesters in the recent Black Lives Matter riots. These technologies are often shrouded in secrecy which means that it’s difficult to gauge how accurate, precise and comprehensive the algorithms are. Recent examples, particularly in the BLM movement have shown that they cannot easily differentiate between members of the black population resulting in the wrongful arrest of several innocent individuals. In China, desirable behaviour is moulded and shaped so that the people stay in line and any deviation results in a lower score on their ‘social credit system’ which has a bearing on access to resources and also negatively impacts the reputation of the person concerned. The recent Personal Data Protection Bill has sought to address some of these issues.

The Bill is a step in the right direction as it allows people to control their data and categorizes data so that people can have a say when it comes to automated decisions. More importantly, the Bill targets those entities that have access to large volumes of data and how they process that data and where they process that data. The Bill seeks to make long term structural changes in how companies use data and allow users to make changes to their data especially when it comes to profiling. Automated decisions, however, need to take into consideration the users preferences and allow how the user can control that data and how that decision was reached and what information formed the basis of that decision and there should definitely be an appeals process. There must be routine audits of the data collection infrastructure and the decision making technique to ensure there is no foul play. The right to privacy is one that has been enshrined in our Constitution but these automated decisions undermine that by profiling us and placing us into certain categories of persons which is based on their algorithmic designs. In that same vein, it is being increasingly seen that the government may employ the services of a third party to monitor the data of certain persons of interest. This is best evidenced by the recent explosive Pegasus scandal wherein the government was caught red-handed when prominent Journalists, Social Activists, Professors and other eminent citizens realised that their Whatsapp chats and data were being illegally monitored. The links pointed to an Israeli firm who in turn confessed that they only offer their services to governments.

Legal Safeguards in the Bill

There are several legal safeguards contained in the bill to protect citizens from state surveillance. These include:

Present Role of the DPA and flaws in the Legislative Framework

The Bill calls for the establishment of a DPA and the DPA will have authority over the processing of data by both data fiduciaries that are private as well as the state. The DPA has a legal obligation to protect the interests of the Data principal and to ensure that legal compliance with the provisions of the bill takes place. So can the DPA take action against the state if it fails to comply? The DPA can either suo-motu take cognizance of misuse of data or it can receive a written complaint from a data principal alleging misuse of data or some other lapse. The DPA must then appoint an inquiry officer to investigate the allegations and prepare a report. If it is found that the complaint is well-founded, the DPA can reprimand the data fiduciary or it may even suspend the activities of the errant data fiduciary. The government, however, has been given extensive exemptions under Section 35. Furthermore, in the 2018 draft, the exemption was subject to the standards laid down in the Puttaswamy judgement but these have been done away within the present version. In the judgement, it was laid down that the agencies would be given sanction if a) authorised by the law; b) if it is in accordance with the law and c) necessary and proportionate. However, the present Bill has the opposite effect with the range of exemptions and no practical oversight. The data principal may never be notified of the processing of data under the present draft. Therefore, without effecting change the DPA cannot protect the data principal.

Recommendations to make the DPA more Transparent and Independent

There are several much-needed measures that need to be taken to improve the Bill, the government must come forth and clarify regarding the use of certain vague terminology in the Bill and must invite stakeholders to engage and address their concerns before moving forward to enact this legislation. It must do more to protect the rights of users and accommodate the interests of various stakeholders.