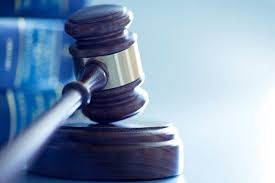 It is only fair to hold a person liable for the damage caused by them. But this concept of liability also extends to corporations. Damage done to the environment or individuals because of industrial businesses is not uncommon, and hazardous chemicals and waste materials from industries have left too many people disabled for life, and have claimed too many lives. It is hard to forget the Bhopal Gas Tragedy or the Chernobyl disaster, and it is such tragedies that make us realize how important it is to have strict laws to compensate those who have suffered and hold those liable whose actions have led to such a situation.

Before discussing the absolute liability principle, let us first take a look at the rule of strict liability, where the roots of the former lie.

Subsequently, exceptions to the rule of strict liability were also established. These are:

THE NEED FOR CHANGE

The rule of strict liability propounded in the Ryland v. Fletcher case created loopholes for the individual to get away with their negligence. A stricter law that was not subject to such exceptions present in the strict liability rule was needed.

Moreover, in the modern world, the principle of strict liability was not enough to deal with the changing world of industries, as more and more industrial corporations were coming into the picture. The law needed modification to meet the situations that would arise.

These points were actuated by Justice P.N. Bhagwati while deciding on the case of M. C. Mehta.[3] Naturally, laws evolve with time and amendments are made to make the laws free of any drawbacks, and make them more effective and just. Now let us proceed to discuss the principle of absolute liability in detail.

Now that we have gotten familiar with the concept of strict liability, let us understand what is meant by absolute liability and how this rule evolved.

According to the rule of absolute liability, if any person is engaged in any activity that is inherently dangerous or hazardous, and any harm is caused to any person or the general public due to an accident that happens while carrying out such an activity, then the person carrying out that activity will be held liable for the same. This rule does not allow exceptions, unlike the rule of strict liability in which certain exceptions excuse the person from being held accountable for the damage caused.

The following are the important elements of the rule of absolute liability:

On the 4th and 6th of December, 1985, in Delhi, there was a serious spillage of oleum gas which occurred in one of the units of Shriram Foods and Fertilizers Industries, which had a place with the Delhi Cloth Mills Ltd. Because of this, a lot of damage was done to the public and a practising lawyer at the Tis Hazari Court had died. Following all this, a writ appeal to by method for open intrigue suit (PIL) was conveyed to the court.

On the question of whether such industries could be allowed to exist in these areas, the Court believed that even though such industries pose threat to the people, they cannot be eliminated straightaway because they still contribute to the improvement of life and lead to the economic and social development of the country as industrialization came as a revolution and changed the world and the Indian economy.

It was also observed by the Court that the permanent closure of the factory would result in the unemployment of 4,000 workers in the factory, which would add to the social poverty problem. It was not a viable solution. Instead, the court ordered that the factory be opened temporarily under certain conditions and appointed a committee of experts to control the activity of the industry[4].

It was opined that the rule applied in Ryland v. Fletcher i.e. the rule of strict liability, was not suitable in this case as it was laid down in the 19th century and did not cater to the needs of a more modern world with different economic and social conditions.

To quote P.N. Bhagwati, “This, rule ( Ryland v. Fletcher ) evolved in the 19th century at a time when all these developments of science and technology had not taken place cannot afford any guidance in evolving any standard of liability consistent with the constitutional norm and the needs of the present-day economy and social structure. We do not feel inhibited by this rule which was evolved in the context of a different kind of economy. Law has to grow to satisfy the needs of the fast-changing society and keep abreast with the economic developments, taking place in this country. As new situations arise the law has to be evolved to meet the challenge of such new situations. Law cannot allow our judicial thinking to be constrained by reference of the law as it prevails in England or for the matter of that in other foreign legal order. We in India cannot hold our hands back and I venture to evolve a new principle of liability which English courts have not done.”

Firstly, In Absolute Liability only those enterprises shall be held liable which are involved in hazardous or inherently dangerous activities, this implies that other industries not falling in the above ambit shall be covered under the rule of strict liability.

Secondly, the escape of a dangerous thing from one’s land is not necessary; it means that the rule of absolute liability shall apply to those injured within the premise and person outside the premise.

Thirdly, the rule of Absolute liability does not have an exception, whereas as some exception was provided in rule of Strict Liability. Also in the case of Union of India v. Prabhakaran Vijay Kumar, the view of the constitutional bench was that the rule of MC Mehta is not subject to any type of exception.

Since then, the principle of absolute liability has been applied to other similar cases such as the Vizag Gas leak case and others.

In the discussion on strict and absolute liability, we find that according to the changing times, laws need to evolve to be just and effective and hold the person liable without them having a chance to evade the responsibility for the damage they have caused.

The principle of absolute liability came at a time when such a landmark judgment was needed to serve justice and lay down the significance of Article 21 concerning people’s right to life.