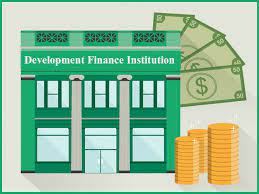 The Central government has taken a gentle step to develop the infrastructure of India. Through a bill of “the National bank for financing infrastructure and development bill 2021, in Lok Sabha.” We have to find out that whether these institutions are a bank or not? This bill repeats thereto that thing which has been started in earlier 1948, in India. Initially, these Specialized institutions would sole ownership of the government. Accumulating a board that would oversee these institutions, and all this would be without the intervention of the government.

If we are talking about the DFI, so how can forget we to mention their scope. Let us explain the scope to our dear readers. First of all, Development Financial Institutions are a kind of bank to store lots of money for long term projects. In the current circumstances, this money should be used to control the Covid-19 virus rather than development, as health is more valuable than infrastructure development. Also, there is an opportunity for India that most of the companies want to establish their manufacturing sector in India due to virus infection, and India has to attract these companies. Also, India has a chance to become a global manufacturing hub and come in as a very big employer. For which we need to improve India’s financial system so that the trust of investors remains in India.

What are Development Finance Institutions (DFI)?

On 1 February 2021, the budget for the financial year 2021 was introduced by the Honorable Indian Finance Minister Nirmala Sitharaman. She said in her speech that the government is planning to set up a special institute for a long period, which will work to finance long-term development projects. Further, she introduces National Bank for Financing Infrastructure and Development Bill, 2021 in Parliament.

Now, let’s talk about what is [1]DFI? DFI is also a kind of bank, similarly to a commercial bank, but the only difference is that this bank provides financial support to long term infrastructure development projects. Also, the [2]NaBID bill, which has been passed in Lok Sabha, would be known as the Development Finance institution. The most significant thing is that these specialized financial institutions are set up for the sole purpose of financing long term infrastructure projects. Because the construction of any long-term project requires long-term financing, and the DFI will be the facilitator for this. With this, the progress of long-term projects will be shooting ahead and encouraged which is a main objective of the government.

In order to make rapid growth in the industry sector, loans will be given by DFI at a low and stable interest rate. Here, the meaning of stable rate of interest, suppose in present time the interest rate is 6 per cent and after one and two years it becomes ten to twelve per cent which is not a permissible rate of interest. Therefore, another approach to establish DFI’s is to provide cheap and stable loans. Further, we would like to inform you that DFI banks will provide financial support only to the public sector, no to the private sector.

Therefore, these are some of the important objectives of [4]DFI and when this institute is established, we hope that it will achieve its objectives.

Is this a New type of Bank?

Why DFI was closed after the first report of the Narasimha Committee?

As we noted above all the DFI was closed, or converted in a commercial bank after the first report of Narasimha. This committee was constituted for the study of the financial system and suggest improvements. According to the report, for the time being, these institutions should be stopped because there are lots of problems in non-performing assets ([7]NPAs) due to DFI’s. After this, an effort made to reopen these institutions, but this could not happen, so currently, the BJP government is going to start it again.

Composition of Board in DFI.

Finally, we can conclude that the development finance institution is necessary to develop the infrastructure of India. Because to financing the long-term projects, we need these DFI. Instead of DFI, the commercial bank also gives the loan, where the public money is involved, and due to that, this bank has its limitations, and due to that reason, the commercial bank could not finance long term project. Here we would need these Special financial institutions for funding the long-term infrastructure projects in India. Therefore, it is a good step taken by the BJP government to boost and optimize India’s infrastructure.