GUIDELINES OF DOMESTIC VIOLENCE IN INDIA – By TEJASWINI SINGH 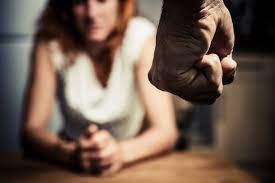 “I am living in hell from one day to the next. But there is nothing I can do to escape. I don’t know where I would go if I did. I feel utterly powerless, and that feeling is my prison. I entered of my own free will, I locked the door, and I threw away the key.” ― Haruki Murakami

Domestic abuse is a widely recognized issue but there are still various cases of domestic abuse that still go unreported because of the lack of information regarding the laws present in the country. This research aims at pointing out the various laws present in the country for the benefit of the victims of domestic violence. Domestic abuse has various forms it manifests itself in different ways, this research not only identifies the beneficiaries that are protected in the various laws but also points out which new laws are needed to make for the betterment of society. As domestic abuse not only affects women but also the third gender, children, and elders the legislature needs to make laws to help and protect all kinds of victims from the evil eye of domestic violence.

Domestic abuse stems from inside the home, it comes from the corners one least expects. In domestic abuse, the bond between the offender and the victim is considered strong. The abusers are part of the inner circle; partners, friends, relatives, or kin of the victim. As observed in recorded domestic abuse cases there is always a dependency of the victim on the abuser/s or a defined power gap. Domestic abuse has many faces it is not just about physical impact on the victim but the violence even branches out to psychological, sexual abuse, emotional/verbal, and economic abuse.

“Domestic abuse is understood as a pattern of incidents of controlling, coercive, threatening, degrading, and violent behaviour, in the majority of cases by a partner or a family member, or a caretaker.” [1]

The United Nations defines gender-based violence in the following way:

“The definition of discrimination includes gender-based violence, that is, violence that is directed against a woman because she is a woman or that affects women disproportionately. It includes acts that inflict physical, mental or sexual harm or suffering, threats of such acts, coercion and other deprivations of liberty.”[2]

While cases of domestic abuse are baffling and strike every gender. The crucial and heartbreaking face of this problem is that most of the victims that suffer or are suffering turn out to be women and the abusers, men. The inequality among the different genders seems to have contributed to making domestic violence a gender-biased crime. All aspects of society, gender, and age group of people have succumbed to the atrocity of domestic violence

Domestic violence happens in different forms, some of which are as follows:

ANALYSIS OF THE INDIAN ASPECT

Domestic violence is an age-old practice in India. Women are more likely than men to experience domestic abuse, in different forms like intimate partner violence, physical assault, and stalking, and particularly sexual violence. “Many women experience domestic abuse regardless of race, ethnic or religious group, sexuality, class, or disability.” [3] While domestic abuse already impacts the mental and physical health of these women some experience other forms of oppression and discrimination making it further difficult for them to seek help. To tackle such issues there are laws made for the benefit of the women and children facing abuse in their homes.

THE PROTECTION OF WOMEN FROM DOMESTIC VIOLENCE ACT, 2005

Domestic violence is currently defined in India by the Protection of Women from Domestic Violence Act of 2005.

According to Section 3 of the Act, “any act, omission or commission or conduct of the respondent shall constitute domestic violence in case it.

The Protection of Women from Domestic Violence Act 2005 is different from the provision of the Penal Code. The Act includes and defines not only physical violence but also other forms of violence. In, 2005 it was made illegal Jammu and Kashmir, which has its laws, has enacted in 2010 the Jammu and Kashmir Protection of Women from Domestic Viole0nce Act, 2010

Beneficiaries under The protection of women from domestic violence act, 2005-

The Act covers women who have been living with the Respondent in a shared household and are related to him by blood, marriage, or adoption and includes women living as sexual partners in a relationship that is like marriage. Women in fraudulent or bigamous marriages or in marriages deemed invalid in law are also protected.

The Act also covers children who are below the age of 18 years and includes adopted steps, or foster children who are the subjects of physical, mental, or economical torture. Any person can file a complaint on behalf of a child.

The Protection of Women from Domestic Violence Act, 2005 is a civil law that protects women in a household. This law protects married women, women in live-in relationships, mothers, grandmothers, daughters, etc. Under this law, women can seek protection against domestic violence, financial compensation, the right to live in their shared household, and they can get maintenance from their abuser in case they are living apart. This law is to ensure that women do not get kicked out of their own homes and can sustain themselves if they have been abused. It is meant for protecting women from their abusers in which case a Magistrate can pass a protection order under the Act to ensure the abuser has no means to contact the abused.

The Dowry Prohibition Act is a criminal law that punishes the taking and giving of dowry. Under this law, if someone takes, gives, or even demands dowry, they can be imprisoned for 6 months or they can be fined up to Rs 5,000. Dowry is one of the leading forms of domestic abuse women all around India face rejection or psychological, verbal, and even physical abuse by the family of her husband in the case where her family has not fulfilled satisfied the demands of the husband’s family in the marriage. The concept of dowry is an age-old tradition that has only made this social evil take more and more lives every year. Dowry deaths and suicides by women to escape such abuse are prevalent in India

Section 498A of the Indian Penal Code.

This is a criminal law preventing cruelty from the husband or relative of the husband who is subjecting the woman with cruelty. Cruelty refers to any conduct that drives a woman to suicide or causes grave injury to her life or health, including mental health, and also includes harassment in the name of dowry. If convicted, people can be sent to jail for up to 3 years under this law.

The juvenile justice act protects children whose fundamental rights and privileges are infringed. This Act is enacted to protect children against such privilege infringing practices

The POSCO Act, 2012 protects the children who faced sexual assaults or harassment from their perpetrators. This codified law gives rigorous punishment to the people who are responsible for infringing the rights of said children.

This section states that whoever is involved in the activity of buying, hiring, or has any sort of possession of any minor girl for prostitution. Such a person shall be liable for a fine and imprisonment which can extend up to a period of ten years.

This section states that any person, who is guilty of committing rape against a female under the age of twelve years of age, must be liable for a fine and life imprisonment while the maximum punishment in such cases can result in the death penalty for the culprit.

This amendment bought several changes in the laws regarding the protection of children in India. The bill mentions that in the case of rape of a girl child, investigation regarding such act must be completed within a period of two months. These cases must be tried in the fast track courts and such trial shall be disposed of within a period of six months. While in the case of rape of children between the age of twelve and sixteen, the culprit shall be punished with the minimum imprisonment of twenty years which can rise to the extent of life imprisonment, and in the case of gang rape of the child belonging to the aforementioned age group, the culprit shall be punished with life imprisonment.

The pandemic seems to have changed every aspect of human life. With the continuous rise of coronavirus cases, the country and the entire world went into a complete lockdown. Which forced people to stay indoors in their respective homes while some are lucky enough to feel safe in the embrace of their homes but for the victims of domestic violence the walls close upon them. The victims, of domestic violence, found themselves locked indoors with their abusers. The upsurge in the number of cases during the lockdown has skyrocketed.  The Indian government although has taken many steps to prevent domestic violence but the current situation is a cry for help to the judiciary and legislature for more and more provisions and safety measures to create a safe haven for people and make them feel safe in their homes.

Indian laws have focused on saving the lives of women and children from the evil eye of domestic violence but others are still not protected in the eyes of laws from the atrocities of domestic violence. The third Gender focused violence and Elder abuse is as real as women being molested and harassed in their homes. These people need the protection of the law to face the brutality of society.

India needs to address this issue cautiously and adamantly so the country could be a safe place for every gender and age group of people. The change needs to come from individual homes and then the environment of national peace and stability of the society could be created.

[1] What is domestic abuse?, Women’s aid

[3] What is domestic abuse?, Women’s aid