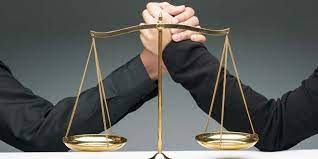 Trademarks are extremely significant lately thanks to the extensive use of advertising and branding employed by the varied companies and therefore the consequent advantage gained through it. In India, trademarks are regulated and guarded as per the Indian Trademarks Act, 1999[1] (herein mentioned as ‘the Act’) under which an individual who may be a proprietor of the trademark can apply for registering an equivalent under section 18 of the Act.

What are the main Concerns about the battle?

‘Big Basket’ is a web grocery store/ supermarket and it’s spread everywhere in India. Big Basket has already registered its multiple trademarks with the Registry under Class 30, since class 30 of the classification of goods as published by the government, includes the edible item falling under the top of groceries.

After carrying out a public trademark search containing the word “Basket” it was observed that various establishments like “Fresh Basket”, “Green Basket”, “Wholesome Basket”, etc. were registered under the same class with the Registry carrying out the same nevertheless similar business as that of the Big Basket.

Recently in February, Big Basket issued a Cease & Desist notice against Daily basket claiming that the latter’s trademark was deceptively confusing with the former’s and thereby it demanded Daily basket to refrain from using an equivalent, as a reply the daily basket has created a website, stating the exhaustive reasons why and the way their trademark and their trade dress is dissimilar from that of the large Basket’s trademark.

After a public trademark search, a trademark or trade dress is not mandatory in India and one can seek registration after its use also following Section 18(1) of the Act. However, there are certain rights that a proprietor with an unregistered trademark will not enjoy like mentioned in Section 27 of the Act.

For any trademark to be valid & registered there are certain parameters laid down under the Trademarks Act, Law 1999. The first step is applying Section 18, an equivalent can either be accepted or refused. The Registry can even refuse the application either on absolute grounds as mentioned in Section 9 of the Act also on relative grounds as mentioned in Section 11 of the Act. For instance, Section 11 bars registration of any trademark that is similar or identical to an existing trademark. To sum up, a trademark must be distinct and not just like the other trademark to stop any deception or confusion likely to be caused among the general public,

Apart from that, there are other remedies granted by the Act, as an example, an affected party may choose to institute a trademark infringement suit as per Section 134 of the Act or a suit for the action of passing off as per Section 135 before the acceptable authority.

In the present matter, Big Basket being a registered user of their trademark, through the cease-and-desist notice has warned daily basket of initiating both a trademark infringement suit alongside the passing off suit for using a uniform trademark and thanks to other alleged similarities between the apps, websites, name, etc. Moreover, the big basket has alleged that the daily basket has used identical trade dress to confuse and deceive the general public and consumers at large.

Current Laws in Similarity in Trade Dress in India?

Simply put, “trade dress” is that the pattern, font, style, colour, and other features utilized in creating a specific trademark. In India, trade dress isn’t registered separately rather it’s registered with the trademark as a “Device mark”. The same is often observed by the wordings of Section 2(m) of the Act which defines “mark” to incorporate the packaging/combination of colours wont to represent. There are various judicial precedents on infringement and spending off of trade dress by entities.

Colgate Company & others v. Anchor Health Pvt. Ltd[2]. Wherein the matter was such both the parties were carrying on similar trade and therefore the defendants were using their colour scheme for packaging same as that of the Plaintiff, the scheme white and red in 2/3, 1/3 proportion. Therefore, the Court came to a conclusion that the colours being an equivalent and therefore the colour scheme getting used within the same proportion it qualified to be an action of passing off.

Particularly the colour combination used by the ‘daily basket’ is orange, green, and, white and the colour scheme used by Big Basket is red, green and black. Moreover, the fonts employed by both the entities are different then is then the green colour, which is brighter within the case of ‘daily basket’ and far darker and different in the case of ‘big basket’. The get-up, logo, literary genre and, placement of terms in their respective trademark also differ widely. Where the Court in the above-mentioned judgement passed the verdict considering the similarity in colour scheme and proportion.

Additionally, the Court also made the subsequent a parameter- Whether in a first glance a standard person is probably going to be confused. However, it is often observed that a person without going into many minute details can distinguish the platform of the daily basket and large basket thanks to their basic distinguishing features and no similarities.

Moreover, the Court stated that nobody can establish a monopoly over a colour however, one shouldn’t, therefore, misuse an equivalent by reproducing the precise colour combination in a similar order to confuse the general public. within the instant case, the daily basket isn’t even using any similar colour employed by the large basket and consequently, the question of proportion doesn’t arrive. Therefore, the above-mentioned judgement is often distinguished during this situation or can even be referred since the principle remains an equivalent and therefore the facts cause a rather different conclusion.

Additionally, the Court also made the subsequent a parameter- Whether at first glance a standard person is probably going to be confused. However, it is often observed that a person without going into many minute details can distinguish the platform of the daily basket and large basket thanks to their basic distinguishing features and no similarities.

Does BigBasket have rights over the term BASKET?

Apart from the trade dress, the first question that arrives is: What are the similarities within the trade names of both these establishments, it appears that the word “basket” getting used by the platform daily basket is one among the most objections raised by Big Basket. Therefore, subsequently, the subsequent question that arrives is: Whether the large basket can claim a monopoly over the term “basket”.

The Indian Judiciary has elaborated on this particular point of law at length in various court proceedings the overall position of law is, identical tradenames or trademarks or wordmarks shouldn’t exist because they’re likely to cause confusion among the general public and permit one to realize an unfair advantage from the goodwill of the original/ actual trademark. However, it’s pertinent to ask whether one can attend such an extent to make a monopoly over a specific term and thus perform an unfair trade practice?

JUDICIAL TREND within the COUNTRY

However, the Supreme Court among other reasons declared the Registry’s order to be valid which, therefore, agreed to the reasoning that the term “NANDINI” which suggests that cow was a standard term, especially in India since many of us in Indian use that specific name for various establishments. And hence alongside, the Court reiterated the principle that nobody can claim a monopoly over a standard term/name because an equivalent is going to be unfair to the opposite party/ parties.

Furthermore, in Micronix India v. Mr J.R. Kapoor[4], one of the problems raised by Plaintiff “MICRONICS” was that the trademark “MICRONICS” and “MICROTEL” were deceptively similar thereby the defendants with the latter trademark should be restrained from using the said trademark. Subsequently, the defendants were restrained and aggrieved by an equivalent they appealed to the Supreme Court for specifically vacating the injunction and were successful in doing so.

The Supreme Court in its order merely considering the difficulty of vacating the injunction held in favour of “MICROTEL”. The reasoning laid down by the Court was that the common term “MICRO” which is imagined to have the effect of making confusion is quite a standard and general term/ word over which nobody can claim a monopoly. The Court stated that the micro-chip technology was the idea of the electronic products provided by the defendants and thus, the utilization of the term i.e., the prefix “MICRO” holds much significance. Not only that, the Court went on to elucidate that folks who are engaged or who buy such technologies/products are cognizant of such terminologies and thus they’re unlikely to be confused or deceived.

Therefore, the Supreme Court vacated the injunction however, they left it to the Delhi supreme court to decide on the remainder of the problems, including the one questioning the similarity within the trademark/ tradename.

After the Supreme Court’s order, the Delhi supreme court held that both the trademarks “MICRONICS” and “MICROTEL” aren’t identical since they’re visually and phonetically dissimilar no matter the very fact that both the trademarks begin with the term “MICRO”. The Delhi supreme court agreed with Supreme Court’s rationale that “MICRO” may be a generic terminology and thus it is often monopolized by anyone.

Moreover, the Courts recognized that any proprietor using the term “MICRO” in such similar trade activities can’t be debarred from using since it’s a general, common term.

In the same way, considering the above-mentioned authorities it is often reasonably apprehended that the suffix “basket” employed by ‘daily basket’ may be a generic, common term that can’t be monopolized by Big Basket. Moreover, the utilization of word basket by daily basket shouldn’t be constituting any trademark infringement or passing off rather it’s merely a sign of the sort of store/ platform that they’re.

As rightly said, therefore the Supreme Court the purchasers are likely to spot the aim of the products by the prefix “MICRO” instead of rambling or deceived. Similarly, by the suffix/ word “basket” the people/ consumers are likely to remember that it’s a shopping cart/store or any such platform where things or groceries are often purchased. Moreover, there exist various stores with the suffix basket, for instance- Nature’s Basket or the other platforms as mentioned above- Green basket, etc. which are using the term basket. this means that the utilization of the term basket shouldn’t be ordinarily objected to by the daily basket.

Therefore, last, considering the difference between the trade dress, i.e., the colour combination, font, way of representing the brand, etc. Moreover, because the trademark contains merely one common term, the platforms appear to be visually and phonetically different and hence this step initiated by Big Basket is not necessary.

And as said by the Supreme Court in National Bell v. Metal Goods [5]reported in AIR 1971 SC 898, an individual with a trademark needn’t take action against every infringement which doesn’t cause prejudice or affect its distinctiveness.

Therefore, following the above chain of thought, the action initiated by Big Basket are often viewed as rather not required. Moreover, the above proposal is often one perspective/ angel to seem from, to avoid unnecessary litigation and save the Court’s valuable time.