UNILATERAL APPOINTMENT OF ARBITRATOR: A JUDICIAL OVERSIGHT -BY PRUTHVI PATEL 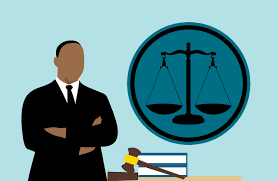 Arbitration is acknowledged as an exclusive method of determining legal conflicts because of the rudimentary essence of liberty provided to parties at dispute in order to regulate the method of such dispute settlement. Party autonomy and expeditious process of attaining decisions are imperative aspects of arbitration. It is an alternate legal recourse where a third party is designated to adjudicate a legal discourse between parties. The aspects of party autonomy are enshrined in different sections of The Arbitration and Conciliation Act, 1996[1] (hereinafter mentioned as “Act”), where section 10 of the Act provides to decide the desired number of arbitrators to be appointed and correspondingly the right to appoint or nominate arbitrators is bestowed to the parties under section 11 of the act. The objective of party autonomy provided by the act shall be apprehended with the principle of impartiality to make dispute settlement under arbitration fair and just. Although there are numerous benefits of arbitration, there is a recognition of insufficiency of freedom and neutrality to either party in some situations regarding the appointment of arbitrators. This problem raised a significant complication to the basic principle of the structure of arbitration.

Primarily, the unilateral appointment of arbitrators possessed an inherent issue of partiality and biasness. Parties prefer to install a clause of unilateral arbitration because when any dispute arises regarding the appointment of arbitrators and the same moves to the courts, the process of appointment of arbitrators by courts becomes time-consuming and costly.  In order to understand the problem arising out of the clause of unilateral appointment of an arbitrator, it is certain to accept the fact that whenever a party nominates an arbitrator, his decisions may have the essence of bias to protect the concerns of the party nominating him. Subsequently, the complication escalates where there is a clause of unilateral appointment of a sole arbitrator. Applicability of provisions of an act cannot ignore the principles of natural justice in order to uphold the essence of the said act. In this scenario, the principle ‘nemo judex in causa sua’ that states ‘no man can be a judge in his own cause’ is understood to be violated. The objective of this principle is to circumvent the possibility of bias emerging due to various reasons during the course of any legal proceedings. The predominant idea of arbitration is established on the grounds of two aspects which are, the appointment of an impartial arbitrator who is jointly designated and considering adjudication of such arbitrator as conclusive and enforceable.  Thus, the requirement of a neutral and impartial arbitrator is essential. Arbitration as a method of dispute resolution is selected more often than ever, making it the duty of the judiciary to clarify such complications and disqualify such impediments. The Amendment Act of 2015 instituted numerous provisions in order to maintain the sanctity of the Act. The amendment introduced different circumstances under which an arbitrator to arbitration shall be considered ineligible to adjudicate that matter due to the existence of bias. After the amendment, the Act under section 12, 13, 15 and 5th and 7th schedule manifest the significance of the fair and unbiased appointment of arbitrators.

This issue was broadly discussed primarily in the case of TRF Limited vs. Energo Engineering Project Limited.[2]The issue presented before the apex court was, if a person deliberated to be incompetent under the law to act as an arbitrator in a matter, shall be given the authority of further nominating an arbitrator in the said matter. The arbitration agreement of the said parties stated: “shall be referred to a sole arbitration of the Managing Director of Buyer (Energo Engineering) or his nominee”. In this case, the court discussed that when an individual is deemed to be incompetent to act as an arbitrator under the circumstance specified in 12(5) of the act, should not be presented with the authority to further nominate an arbitrator. The apex court clarified it by stating “once the identity of the Managing Director as the sole arbitrator is lost, the power to nominate someone else as an arbitrator is obliterated.” The decision of the above judgment was further referred by the Apex Court in the case of Bharat Broadband Network Ltd. Vs. United Telecoms Ltd,[3]where the court was of the view that nomination of an arbitrator by an individual who is incompetent to present himself as an arbitrator shall be considered de jure unqualified to carry out such obligation and such nomination will be considered void ab initio.

Further, in the case of Voestalpine Schienen GmbH vs. DMRC[4], the parties had to appoint three arbitrators as per the details of the arbitration clause. The list of arbitrators prepared by DMRC comprised five retired railway officers and each party had to appoint one arbitrator from the list. Such a procedure might inculcate a notion of partiality to the other party and create a reasonable doubt on the final judgment of arbitrators. This procedure was subsequently challenged before the court as it was thought to be contentious with the provision of section 12(5) of the Act. The premise of this section asserts conditions administering valid grounds of biases and partiality of an arbitrator. The court opined that the appointment of an ex-government staff solely cannot establish the essence of partiality. The action of enlisting five nominations from the board was not exhaustive to present the party with sufficient liberty for the selection of arbitrators. The other issue was regarding the nature of the list of nominations as it only included retired government employees. The court was of the view that the list of arbitrators must be board-based and should have diversity to accommodate technical persons from non-governmental institutions and organizations such as engineers.

In light of the above case, it shall be understood that the negative aspects of unilateral appointment of arbitrators are crucial enough to disregard the positive aspects of the clause. The inherent complication of such clauses like the possibility of partiality and breach in reciprocal faith of the party is imminent. Any dispute arising as the result of such clause further adds to the transitional charges and escalates chances of challenges to such clause. Such challenges further obstruct the process of arbitration and lead to defeat of the intent of such an alternate dispute settlement.

It is essential to understand that when a complication exists in the unilateral appointment of the arbitrator, the situation may aggravate when such a clause mentioned the appointment of a sole arbitrator. This is because having a single unanimously selected arbitrator may increase the chance of bias.

In the case of Perkins Eastman Architects DPC & Anr. V HSCC (India) Ltd[5], There was an agreement between both the parties and the agreement contained a clause of unilateral appointment of a sole arbitrator by the defendant. When an altercation emerged between the parties, the matter went to arbitration and the defendant appointed an arbitrator. Such an appointment was challenged by the other party. They approached the Apex court for nominating an arbitrator under Section 11(6) of the Act. The Supreme Court, counting on the TRF judgment, decided that such appointment of the sole arbitrator shall be considered void because of the fact that there is a likelihood of partiality present. This is due to the reason that the arbitrator might take measures in order to secure the concerns of the party nominating him. Such action of the arbitrator shall infringe the principle of impartiality of the arbitration. The intention of the court was to grant both parties a fair chance with selecting an arbitrator and accepted the request to appoint an arbitrator under section 11(6) of the Act and appointed an arbitrator.

This Judgment was further validated by the High Court of Delhi. While deciding the matter of the Proddatur Cable case the Delhi High Court was of the view that, one of the directors will understandably have a stake in the adjudication of arbitration. This would clearly create a notion of partiality in understanding the opposition. Subsequently, the appointment of the director as the arbitrator will be incompetent under section 12(5) of act read with schedule seven.  While deciding the contentions of the current matter the court was of the view that, although the company may take measures by the BoD. This situation may not be viewed any different from Perkin’s case and should not be authorized by law.

In recent years, the usage of alternative dispute settlement systems like arbitration have gained significant popularity. The duty of protecting the interests of parties at dispute and upholding the cardinal principle of arbitration should be viewed as a prospect of utmost importance. The law should not only preserve fairness and impartiality but also extend its implementation in a way that all aspects of the law promote the principle of fairness. The judiciary from the above judgments clarifies its stand towards the unilateral appointment of arbitrators and how it should be kept aside to make the law deal with matters with an unbiased approach. Although it is evident that the issues are still in conflict with the general rules of the Act, we should have faith in the judiciary to understand the conflicts and resolve them. The judgment of the judiciary aims at minimizing such aspects of bias in order to bolster the belief of parties in the alternative dispute resolution system.