Children in Cyber World and the digital space – By Harsh Dogra, Institute of Law Nirma University 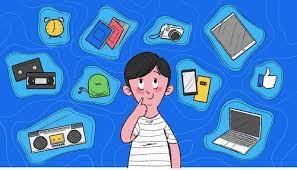 In a world of the legal profession, where we count humans as a subject of moral consideration, we are still lacking behind in the subject when it comes to the forte of Child Rights. When it comes to the exploitation in the Cyber World, children are most the vulnerable ones.

Before dwelling on any issue we need to know to whom we can call a child. According to UNICEF, A child is any person under the age of 18. [1]

With the advent of the digital world, most of us spend a significant time on the Internet, frequently using social media, which nowadays has become a popular way of socializing. A child accounts for one out of every three internet users worldwide. The growing Internet access has given children nearly limitless opportunities to obtain content freely and express their rights and opinions, including the freedom to receive and transmit information. These advantages, however, are accompanied by an increase in the possibility of children’s rights being violated. One of the risks associated with it is coming into contact with harmful and illicit content available on the internet. One of the recent examples is of Boys’ locker room case in which members shared obscene messages, morphed pictures of minor girls, passed lewd comments, and planned ‘gang-raping’. The most concerning part were that many of the members who were indulged in the activity were below the age of 18.

Another harm is Identity theft, which was addressed in the case of KU v. Finland by the European Court of Human Rights in 2008. In this case, the petitioner, a 12-year-old child, was unaware that sexual advertising had been submitted on a dating site on his behalf. The Court found that the respondent state had infringed the boy’s right to privacy by failing to order the Internet Service Provider (ISP) to divulge the identity of the person responsible for placing the ad.

The establishment of a separate virtual world – “Cyber Space” – in the twenty-first century has necessitated the creation of a set of cyber rules and regulations providing for Cyber Justice (e-Rights and e-Duties of Individuals Involved) in cyberspace, thanks to rapid advancements in information and networking technologies. However, we now live in a digital age, and it is timely to consider how we will apply children’s rights in this context. The digital environment makes it easier to disseminate and network information and communication in ways that can be aggregated and analyzed globally, which may be both good and destructive. Today, all of our digital interactions generate data that can be shared, searched, manipulated, or exploited by third parties, with exciting or unpleasant outcomes that are frequently unanticipated and unpredictable.

Children’s viewpoints and experiences must be taken into account when developing policies that control young people’s digital use, as well as when designing the technology itself. Globally, however, there is still inadequate evidence to allow policy and practice in the best interests of children.

“Awareness is like the sun. When it shines on things, they are transformed.”

Special Educational Programmes for Parents As it is rightly said, “A Parent is the Child’s First Teacher”. Educational programs must not just target children, but also parents and other educators, beginning at a young age. Digital literacy should be given more weight in educational curricula.

Giving children the tools they need to protect themselves from online threats and grow more aware of their responsibilities is probably the most effective strategy to protect children’s online rights.

The right of children to be “forgotten” and have their traces erased from the Internet has been widely championed. Of course, children must be able to deal with the repercussions of careless sharing of personal information, but it is even more critical to act preventively by improving their knowledge of the hazards and long-term effects of sharing personal information online. Children must also be able to recognize, comprehend, and respond to dangerous content. Students should get a better understanding of human rights, such as the right to freedom of expression and the right to privacy, as well as the rights of others, which they must respect and avoid harming.

A coin has both sides. Internet as a tool can also be used to impart knowledge to children. It can be by way of attractive and adapted content creation through which people of all age groups can learn, share and socialize about child rights.

Dealing with the dissemination of harmful and illegal material is a tedious task. Deleting illegal material at the source is in practice very difficult because websites hosting such content can be located anywhere in the world. As a result, different methods, such as banning lists and filtering, are utilized in various nations to restrict the spread of unlawful material, particularly child abuse material. However, the use of such tools should be subject to limited restriction, as it can lead to disproportionate restrictions on freedom of expression.

Indeed, ISP-imposed blocking has been applied to sites that are unrelated to child abuse, such as those that deal with sexual and reproductive health. The use of blocking and filtering can detract the authorities from their duty to tackle child abuse as such.

Perpetrators of child abuse, including those producing and disseminating illegal content and child abuse material on the Internet, are real persons that must be tracked and sanctioned.